JACKIE MEKLER, ONE OF THE COMRADES GREATS :

Jackie Mekler has always been my Comrades hero and the fact that he was the winner for his 5th time the year I ran my 1st Comrades in 1968 gave me a special affinity that I know Jackie doesn’t even know about – or didn’t until he reads this blog. In those far off days little did I know that years later I would be able to count Jackie as a friend and that, for me was, and still is, an enormous honour.

Jackie was, to my mind one of the greatest ever Comrades runners and the dedication we saw from him in his preparation was unparalleled. I regard it as a privilege to have been able to have asked him a bit about his running career. 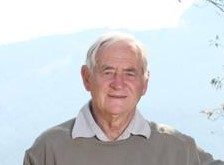 D.J.     What drew you to marathon and later to ultra marathon and Comrades in particular at a time when road running was not really regarded as a glamour sport?

J.M.     My mother died when I was nine, and I was sent to live in an orphanage where I hated the restrictions and the confinement of institutional living. Early one morning, aged thirteen while everyone else was still asleep, I slipped on a pair of takkies and went for a run on a nearby road. I enjoyed the exhilaration and freedom, imagining myself winning races in front of cheering crowds. As a schoolboy I watched many races over track, cross-country and marathons collecting autographs and getting to know the runners and clubs. Germiston Callies appeared to be best suited to my aspirations and I joined them at the age of 16. At 18 I ran my first marathon, and won my first marathon at 20, the same year that I ran my first Comrades.

D.J.     What was your philosophy on training for Comrades? We know that you did very long distances in your preparation.

J.M      By to-day’s standards my training appears nothing short of being haphazard. Throughout the seasons I raced over track, cross-country and marathons which I regarded as my speed work and my general training 5 min/km was an average club Comrades pace. Later when I was training alone I reduced this to 4.30min/km.

When I was a printer’s apprentice, I used to run to and from work and once ran 57kms before work starting at 2:30am.  In a normal working week I ran up to 185 miles and which over a seven-year period gave me a weekly average of just under 160kms. I ran a lot of distance because I loved it and I enjoyed the loneliness especially running in forests and mountains. My mind’s constant repetitive playback of winning races played a big part in my approach to racing my Sunday training in later years often comprised of 80kms in the morning followed by a fast-ish 16kms in the afternoon. The whole trick is not to get too tired!

My longest race was the 100-miler from Bath to London in 1953 when I was 21, at a time when British athletes were not allowed to run more than 10 miles. I received a lot of encouragement from Arthur Newton, Fred Morrison and Wally Hayward.

The long, slow training I did with Wally and Fred under Newton’s watchful eye in 1953 did me no harm. I returned home the following year and ran with the best over 6 and 10 miles as well as winning several marathons as well as setting world track records for 30, 40, and 50 miles.

Jackie on a training run with Wally Hayward and Fred Morrison

D.J.     There weren’t a lot of races around in those days, but did you do a lot of racing as part of your Comrades preparation?  If so how many races in the 5 months from January?

D.J.     Would you have liked to have been able to have run Comrades today given the professional era in which we find ourselves and what do you think you could have done because this is something that must have crossed your mind?

J.M.     No I don’t think of it like that. When I started out, marathon running was very different to what it is today – the whole world has changed, and we now have the benefit of what we pioneers have struggled through. Just think that I ran for five years with undiagnosed anaemia, simply because medical science related to running was very scarce – the runners were so few that doctors had limited opportunity to gain experience from treating runners. I have no regrets of having run in my time frame.

D.J.     You were the first man to break 6 hours on the up run.  That must have been an amazing day. One of those days where everything just went right?

J.M.     Yes it was a very special day to have become the first Comrades runner to hear Maritzburg’s midday gun salute. It was the easiest of all my Comrades runs. I went on to win by over half-an-hour and better Wally Hayward’s record by 16 minutes. I had tracked Wally’s record all the way. I was 3.21 ahead at Pinetown; 4.55 ahead at Hillcrest; 7.40 ahead at Drummond, and 16.23 ahead at the finish.

Jackie with that familiar No. 9 to one side on his vest in Comrades

D.J.     Who was your biggest rival in Comrades?

J.M.     I can’t really say, because nobody beat me more than once, so I’ll have to block-book John Smith, Bernard Gomersall and Dave Bagshaw the three English runners who each beat me on different occasions.

D.J.     You split the English “attack” in 1962 when John Smith won and you were second and the remaining Englishmen in 3, 4 and 5. Was that one of your toughest Comrades?

J.M.     It was really a tough race. I ran like a novice going into the lead right from the start, was well clear of the field after six miles, and 8 minutes inside my record at Botha’s Hill. I received my first warning sign where the road winds down into Drummond at half way – I felt cold and shivery and called for hot tea. The cheers at Drummond told me that my 2hr 57min was 5 minutes inside the record and 6 minutes ahead of the English runners. The pace was telling on the way up Inchanga but there was nothing I could do about it but watch Smith come galloping past with 12 miles to go. It was a disappointing run for me because the English runners were well off my London-Brighton record and were not given a chance of winning. Smith retired a year later – he told me that he couldn’t be bothered to do all that kind of hard training!

D.J.     Jackie Mekler aside, who do you think is the greatest Comrades runner of them all.

J.M.     I always try to avoid answering that question because of the “fivers”, Newton, Ballington, Hayward, Fordyce (and there could well be other contenders). Each lived in their own time frame and circumstances that I would find it difficult to separate them. I would give each 100% as athletes, as personalities, and for contribution to the Comrades.

D.J.     August 1954 in Vancouver and the Empire Games Marathon. One of the most dramatic marathons ever recorded Jim Peters came onto the track at the finish with a 17 minute lead and collapsed and didn’t finish. You eventually took the silver medal that day. What do you remember about it?

J.M.     The staggering and collapse of world record holder Jim Peters with 200 yards to the finishing line will surely live as one of the most dramatic events in sporting history.

Jim Peters on the point of collapse

The British Empire and Commonwealth Games Marathon started in the Vancouver Stadium at 12.30 pm on a warm and windless summer’s afternoon – not ideal conditions for a marathon.

Added to this was a poorly organised event leading with the England team complaining that the course was too long. The feeding stations weren’t organised properly, runners could only have drinks at official feeding stations and team managers were not allowed on the course nor were runners told what was happening during the race.

Much of this confusion could be attributed to the “Miracle Mile”, the clash between the only two 4-minute milers in the world – Roger Bannister and John Landy – which event was being held just before the runners entered the stadium.  I was expecting a slow race and was prepared to bide my time at the beginning and anticipating to pick up a tiring field towards the end. I tried to keep track of the number of runners ahead of me, getting no information from officials or spectators. I was terribly disheartened thinking I was in 8th or 9th position. The only runner I passed was compatriot Jan Barnard struggling at 18 miles. Running up the last hill I could see a loudspeaker blaring in the distance at the final feeding station. By the time I had arrived the loudspeaker was gone. It was only after I appeared inside the stadium that I was told that I was lying second. Joe McGhee of Scotland won in 2.39.36 while I was 2nd in 2.40.57 and Barnard 3rd.

D.J.     I heard that you still go out and do short runs.  Is that correct and any idea of the total distance you have run in your lifetime?

D.J.     I know you still get to Comrades every year. It’s changed tremendously but does it still hold that special appeal for you?

J.M.     I do enjoy going down to Comrades each year meeting old friends and officials. Unfortunately these are becoming fewer and fewer. I also get satisfaction in helping handing out Green Numbers.

There you have it. Jackie Mekler’s story. One of the greatest Comrades runners ever?  In my book there is absolutely no debate about it and a true gentleman as well.