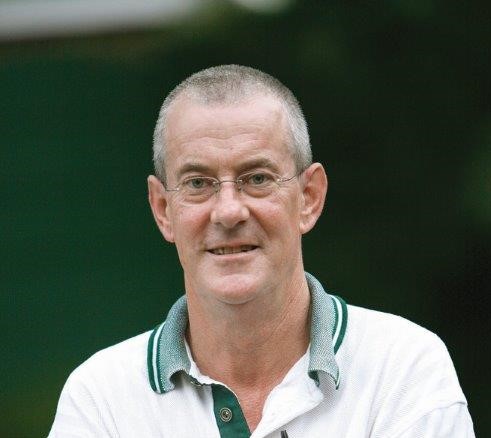 Virtually every runner in Comrades is aware of the medical facilities offered by the organisers and they know about the Medical Tent at the finish and most know that it is the biggest temporary medical facility in a the world outside of a war, disaster or conflict zone.

In fact they would prefer it if they leave the end of Comrades with no knowledge at all of what the inside of the Medical Tent looks like.

The Comrades medical facilities, as much as the runners would prefer to avoid going anywhere near them, form a very important part of the world’s greatest ultra road race and without the facilities offered there would be tragedy. It’s really that simple.

The man who has been responsible for overseeing in medical facilities for many years is Dr Jeremy Boulter who has been part of the medical team for the last 38 years – 2017 will be his 39th year, and that is some going.

I had the opportunity to chat to Jeremy and I asked him about his involvement in Comrades and more specifically with the medical facilities and I started off by asking him how it all started and whether he had in fact been a runner.

DJ:      How did you first get involved in the medical tent facilities to begin with way back in 1979 and had you in fact been a runner and sort of drifted into the job in the medical facility because you were a doctor?

JB       No, I had never been a distance runner. At tea time one morning in May 1979, when I was an Intern at Edendale Hospital, Dr. John Godlonton asked me if I would like to help him in the medical tent at the finish of Comrades. My reply was “yes, what do I have to do?” “Oh, just put up a couple of drips on dehydrated runners” was his reply. So began an association with The Ultimate Human Race which has lasted 38 years.

DJ:      It was a fairly small operation back then when you compare it to what we have now. What did you have to cater for the runners at the end of the seventies?

In 1976 Dr. John Godlonton, a Paediatrician at Edendale Hospital in Pietermaritzburg, heard of an acquaintance who had been admitted to hospital in a state of dehydration and Renal Failure after running the Comrades. He realised that if the runner had received fluid via a drip immediately after the race, he would almost certainly have avoided being admitted to hospital. He approached the then organising committee with a proposal to set up a Medical facility at the finish to treat those runners in need of fluid after the race. This was accepted, and so the Comrades Medical Facility was born.

In 1977 Dr.John, as he was to become known by all associated with the race organisation, set up “shop” in the change rooms at the finish at the Jan Smuts stadium, now known as the Harry Gwala stadium. As far as I know, he worked alone that year, and treated about 5 runners with intra-venous fluid.

Details are a bit sketchy, partly because of the passage of time, but mainly because the medical tent, and the number of patients we had, was so unremarkable, especially when compared to the present. The tent was a 3x3m army mess tent, of the type where there was a gap between sides and roof. We had 4 camping stretchers, one trestle table for supplies, and another for belongings and refreshments.

John was present all day, but the rest of us worked in pairs in 2 hour shifts. There were six of us, all young doctors working at Edendale Hospital.

I worked two shifts and treated one patient! Our medical equipment consisted of a blood pressure cuff and drips. The intra-venous fluids were “donated” by the Edendale Hospital pharmacy. All patients who came into the tent were treated with intra-venous fluids, as the thinking in those days was that they had to dehydrated, we had not heard of over-hydration then. John’s wife, Mary was our “caterer”. She arrived with a basket containing a flask of hot water for tea or coffee, and some rolls for lunch!

To my knowledge, having a Medical Tent at the finish of a race was unique to Comrades at the time. Now it is a requirement stipulated in the rules, as laid down by ASA, at all athletics events.

DJ:      Then with the retirement of the Dr John who was in charge before you, you then took over the running of the entire operation in 1996 and you have watched it grow dramatically over the years you have been in charge and it’s been in your time that the fields have consistently been over 12,000 which has meant bigger staff needed by you and you were in charge in the millennium year with the biggest ever field at around 20,000.

JB:       Over the years the tent grew in size as the number of Comrades runners grew, and thus patients, increased. We moved from somewhere in the centre of the field to the side, adjacent to the track just before the final straight. We were able to sit outside our tent and watch the runners coming past us. It became a game amongst the doctors to watch these athletes as they struggled past in varying states of exhaustion, to predict who would be coming to visit us in the Tent. We were seldom wrong! Then we were moved to an area behind the stadium, as we had become too big and took up too much space inside it.

Sometime in those early years, our “Medical I.T.” section was born. This was a system to inform the public which runners were in our tent. It consisted of a blackboard at the entrance to the tent, on which the patients’ race numbers were written in chalk. When discharged, the number was simply rubbed out. A far cry from our current set up, where we have laptops linked to the information tent and the main Comrades data base!

We have also introduced a mini laboratory into the tent. This enables us to have vital blood parameters of our patients, such as blood Sodium levels, available within a few minutes, which have a direct bearing on the treatment.

DJ:      How do you know the numbers you need in terms of specialists and doctors, nurses, etc. You told me previously that you have a three bed ICU section in the medical ten. Is that just a guess and a hope that it’ll be enough or do you look at different requirements on the Up Run versus the Down Run?

JB: The staffing of the tent has grown year by year as the size of the field has increased. We treat between 2 and 4% of the field, so I know roughly how many patients we’re likely to have and so how many beds and doctors we will need. We currently have about 40-45 Interns, 20 Medical Officers, 8-10 Specialists and about 20 nurses working in the tent, as well as the mini-lab and admin staff.

The ICU size is essentially governed by availability of space and essential equipment. Is it enough? It has to be!!! Whether up or down, our preparation is the same, and there is not really any difference in patient numbers or the type of problems we see.

DJ:      Are you responsible for the medical staff who are out on the road as well and are you in touch with them? So in other words if there’s a runner who is in trouble and is picked up by one of the ambulances do they contact you for instruction based on what they find?

JB:      Yes, I am responsible for everything Medical to do with Comrades. We have a medical JOC adjacent to the tent, which is in control of, and in contact with, all the ambulances, rapid response cars and personnel out on the route. I can communicate via radio or cell phone with them if necessary.

DJ:      Is there a team making the decisions when you have a seriously ill runner or does that all fall on your shoulders alone as to whether this case is hospital or worse – ICU or not and that one can be treated in the facilities you have and discharged.

JB:      Yes. The specialists are each allocated an area of the tent for which they are in charge, and they make all necessary decisions for their section. Obviously if there is a complicated case, then other specialists and I will be involved in the consultation and decision making.

DJ:      I’m going to put you a bit on the spot now. How much of what you see in the medical tent do you think is caused by inadequate training where the runner has simply not done enough?

JB:      I think the level of training plays a part in the “state of exhaustion” of our patients, but not so much in the “medical problems”. Let me explain. Everyone is going to be really tired and sore after running 87km! The degree of suffering will be directly related to the amount of training and fitness of the runner. However, the serious cases we see are almost invariably due to runners taking part when they are unwell, or have been ill shortly before the race, have been inadequately hydrated or [probably the most serious] have taken medication [eg analgesics and anti-inflammatories] during the run.

DJ:      Where in the field in terms of time, do most of your customers to the medical tent come from?

JB:      80% of the field finishes in the last 2 hours, and that’s when we get hectic! We quite often get runners coming into the tent up to 2 hours after the final gun!

So there you have it. Should you have the misfortune of ending up in the medical tent you can rest easy knowing that you are in good hands with Dr Jeremy Boulter and his team of around 85 trained medical staff ranging from specialists to nursing sisters with an ICU section and ambulances out on the road.

My biggest wish is that on the 4th of June you don’t get to meet any of these really nice people.