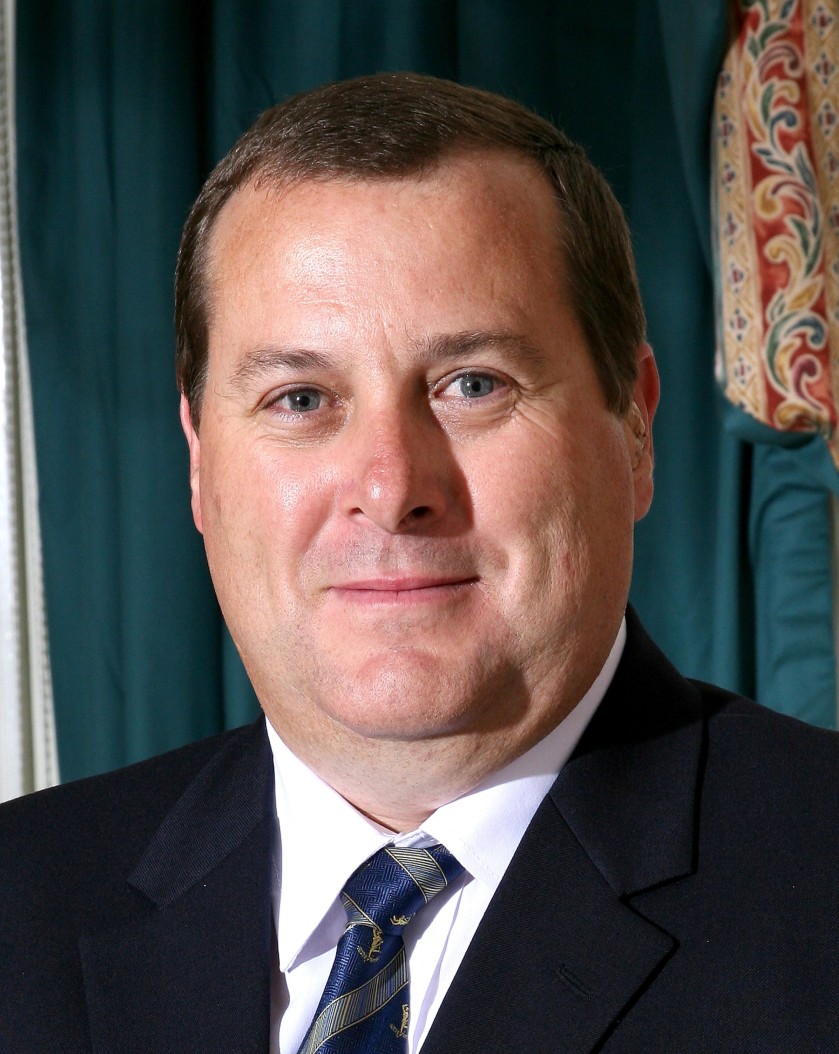 One man who seems to have an endless supply of energy and is on the go non-stop is Comrades Race Director, Rowyn James and I managed to catch up with him on one of his flying visits to Johannesburg and sit him down long enough between sponsor meetings to find out a little about the man who drives Comrades and who is largely responsible for making it all come together every year. I started off by asking him when his relationship with Comrades had started.

DJ:      A lot of people are under the impression that your relationship with Comrades started two years ago when you were appointed Race Director but that’s not right because it started way before that because you have run the race 15 times and have a green number. When did your love of this race start and how did it start?

RJ:      It started in 1984. My grandfather was caretaker of a building in Pietermaritzburg opposite the start and we used to gather there yearly to watch the start but I had actually started running fun runs in 1981 when my dad noted that I had an athletic talent at school athletic meets.  I eventually ran my first Comrades in 1987 and ran all 15 consecutively until 2002.   I have Green number 1024.

DJ:      Can you give me something that really stands out for you from your Comrades running days?

RJ:      Two things that will stay with me always. I was the second youngest person to ever get a green number (at age 28) because I was able to start at age 18 in those days and I was presented with my green number by Wally

DJ:      In terms of your work career you have a long history of being involved in the sports industry? Is that where you always wanted to be and was the job you have now always what you were aiming at as you travelled your career path?

RJ:      I was born and bred in Irene, attended Irene Primary School and then matriculated at St Albans College in Pretoria, then 2 years national service in Port Elizabeth and after that Standard Bank for a while. I then studied BA business admin at Pretoria University and then in 1994 worked for the late Andrew Greyling in his specialist running sports shop until 1997.  In January 1998 I joined Nike SA until December 2007 as Sports Marketing Manager with a specific focus on the road running category.

DJ:      You have a wife and your job requires that you spend a fair amount of time away from home because of the demands of the modern Comrades. How do you manage to balance your time particularly in the first five months of the year leading to the race itself?

RJ:      My wife is a Grade 1 school teacher and all my jobs have required that I do a lot of travelling and I am very fortunate in that she is very understanding and supportive around that.

DJ:      As time passes various things have to change to make Comrades an attractive offering in the world ultra calendar.  I’m sure that people will smile and nod in approval but away from the meetings that decide the changes it’s a very different thing in many cases. Do you find that and how do you deal with it or do you just shrug it off.

RJ:      My career operates with two analogies – DTIP…. “Don’t take it personally” and ” “If you have a perfect event, you have a problem”.   Once something has had the approval of the deciding body or the board or committee then I simply adopt the attitude that it’s not something that I should allow to affect me personally. It’s a business decision and it’s been taken and if it is completely wrong it can always be changed or reversed if need be if it’s shown to have been the incorrect decision.

I want to ensure that the runner has a life changing experience with Comrades. It’s about the athlete and the event. I have been extremely fortunate to experience “both sides of the fence“ so to speak, so I know what the athlete requires and what they in turn experience on race day.

DJ:      Do you watch and listen closely to what the runners are saying all the time to continually provide the best product to your customer – the runner.  If so an example?

RJ:      Yes always. I prefer to keep a low profile (it’s not about me) but will always mingle with the crowd and listen to what is being said. An example is the way we loaded the seeding batches this year came from somebody at a club meeting who came up with the suggestion of the way we do it at present and we listened and implemented it. We will always listen to good suggestions.

DJ:      You have a very good team but you are still very hands on with a lot of things and I think of even little things like distance marking of the roads as just one example where you get involved with the team.

RJ:       My work philosophies are TEAMWORK and attention to detail (ATD) but I work closely with the various portfolio teams and whilst I am very much steering the ship I am also supporting and involving myself with the crew and stepping off the ship last.  I find that the various teams appreciate the input, involvement and support whatever that might be.  I believe in getting stuck into the tasks and engine rooms with them.

DJ:      It must be a great feeling as happened this year, to get to the end of a race  and that there was no drug cheating and also to get the results through that the  race was clean as it was for the first 10 men and first 10 women and that generally there were no major problems.

RJ:     It is a great feeling and satisfying but by the same token it’s sad that we should have to celebrate something that should be normal.  In a perfect world there wouldn’t be cheating.

RJ:      Yes, some exciting surprises, changes and innovations are coming but I’m not going to tell you what they are.   You’re going to have to wait until the launch on the 18th of August.  Change is ultimately what keeps the Comrades brand fresh and relevant.

DJ:      Any other innovations you would like to see coming in over the next few  years and any you can talk about?

RJ:      One I can tell you is that we’re moving the race date to the second Sunday in June from 2018 onwards because of the clash with the Royal show and problems with accommodation and essential support services in Pietermaritzburg.

Another thing we’re looking at in the future is the possibility is reducing the qualifying time back to 4:45 for a marathon. But that hasn’t been decided and confirmed yet.

DJ:    Finally, it doesn’t take 9 years very long to pass and you just need to blink a       couple of times and those 9 years will have passed and 100th Comrades will be with us.  You may say you’re not but I’m sure that there is a little section inside your Race Director’s head that is already thinking about it.      Am I right?

RJ:    Yes you are. Still just a tiny blinking light in the distance.  Nothing definite but ideas running around and one thought is to see an entry of 30,000  runners but I don’t know if Pietermaritzburg could handle a finish of so many so thought needed there.

The other thing we have before that of course is the 100 year anniversary in 2021 since the first Comrades was run in 1921 so that’s going to be another special one.

One thing I can tell you is that it was fascinating sitting chatting to Rowyn and I was really sorry when our time was up as I could have spent hours more talking to him about this “thing” that is certainly my passion and which I have no doubt at all is also his passion and I have a pretty good idea that as long as he is around   my passion will be in good hands.

I’m really looking forward to the launch of Comrades 2017 that takes place on the 18th of August in Johannesburg and all being well I will be able to write a chapter on what will be happening at next year’s race for themarathon.co